Groundhog Day originates back to the Pennsylvania Dutch superstition that if a groundhog emerges from its burrow on February 2nd and sees a shadow due to clear weather, it will retreat in FEAR back into its den and winter will persist for six more weeks, and if he does not, due to cloudiness, spring season will arrive early. And, the the namesake iconic movie is set around the special day in Punxsutawney, Pennsylvania in the United States, the home of the famous tradition. (You can watch the full iconic movie on Netflix et cetera, and/or watch the live 30 minute telecast of ‘Punxsutawney Phil’ the groundhog coming out for Groundhog Day 2018 here!)

There are many reasons why we fail to make the progress we had hoped. Likely the biggest hurdle that stops people committing is FEAR. Be this …

Many of our fears keep us safe from harm. If we cross a busy freeway without a safe pedestrian crossing we will be very careful, as we fear being hit by a car. We avoid buying a home without adequate income as we fear defaulting on the mortgage. These are quite rationale fears cautioning us of DANGER.

However, many of our fears are irrational and counterproductive, and get in the way of living the best life possible. People so fearful of sharks (galeophobiathey) they never go to the beach, or fear of flying limiting travel options (aerophobia) (list of top 100 phobias here).

Generally, the response to such fears is to avoid them. To see them as a ‘detour’ sign in life. An indication to take an alternative path. However, there is significant research illustrating that facing your fears is the optimal path to overcoming them.

“This is not easy to do, since confronting your fear will produce a lot of initial anxiety. You will have to stay in the feared situation and stay with the heightened fear response until it begins to subside, which it will, because it must by design.” (From Psychology Today article ‘Overcoming Fear: The Only Way Out is Through’)

Confronting irrational fears is critical in overcoming them. Be this spiders or simply fear of trying something new.

For rational fears such as taking up a potentially dangerous hobby, starting a business, or embarking on another financially or personally risky path, there is merit in approaching with caution. It is well and good to be told “it is OK to fail,” yet if the fear is quite rational, it is likely best to plan to succeed.

Bill Murray’s character Phil Connors in Groundhog Day became immortal, in that no matter what he did, he still awoke at 6am February 2nd, again and again.

“I’m a god. I’m not THE GOD. I have been stabbed, shot, poisoned, frozen, hung, electrocuted, and burned and every morning I wake up without a scratch on me, not a dent in the fender. I am immortal.” (Watch)

Phil Connors realised that no matter what risks he faced, things turned out okay, and with this his confidence grew. He faced his fears and they evaporated. Each day he was better informed from what he had learnt ‘yesterday.’ He became a better man with practice and knowledge.

Sadly we are not immortal, so we need to tread more carefully. It is critical that we learn from our failings. It is also important when facing rational fears to be prepared. Having adequate certified skydiving training and an appropriate parachute is the safest path to exiting a plane flying through the air. Being financially and strategically prepared prior to starting a business is logical, as is having adequate fitness before embarking on a marathon.

Rocky Blaboa didn’t just jump into the boxing ring unprepared in Rocky 1 to 5 as the underdog and beat his scary powerful contenders. He made sure he was in the best shape he could be, and with this silenced the skeptics. Neo did not enter and survive in the Matrix without being suitably mentally and physically prepared. Preparation SMASHES fear!

Yes, real life is different to the movies, but being prepared is still the best way to fight fear. Be prepared and informed in order to not inflate fears.

If you are keen to become a competent surfer from beginner level, be adequately prepared and start with small safe waves prior building up slowly. Plan any precautions to reduce risks—check the weather forecast, avoid rips, buddy up, become a strong swimmer, get an appropriate board et cetera. Do not over inflate the fear of sharks and other risks. During 2017 Australia recorded 19 unprovoked shark attacks, and only one was fatal (statistics here). There is a higher risk of being hit by lightning or being in a fatal car accident. Being prepared and taking adequate precautions reduces fear and risk perception in surfing or any other potentially dangerous activity.

“When the unexpected happens in surfing, that’s why you went. When it happens in a coal mine, it’s a matter of life and death.” Seth Godin

Fear is a major hurdle to behaviour change—sometimes for rational reasons and other times irrational. Simply avoiding fears is unlikely to lead to progress, nor is blindly ignoring and being unprepared for rational fears. Being informed and prepared is the best way to reduce fear.

Fear is often an excuse to not commit, to not meet promises, aims and ambitions. This is how many business and government leaders are innovating—identifying and resolving areas of irrational fear. This often starts with having an understanding from robust consumer research as to where fears exist and how to best overcome these (that’s what Square Holes does).

Building on research allows for priority fears to be identified and from this opportunities to help overcome these. Be this through providing the necessary information, training, and support to customers. Or, sharing tools, technology, resources and other behavioural interventions to help the community to overcome irrational and rational fears. Similarly, a business may fear entering a new market or launching a unique product, yet market research can provide the necessary information and preparation to proceed.

With the understanding that fear is easily overcome and often irrational, our excuses to fail to commit to and hit resolutions evaporate. 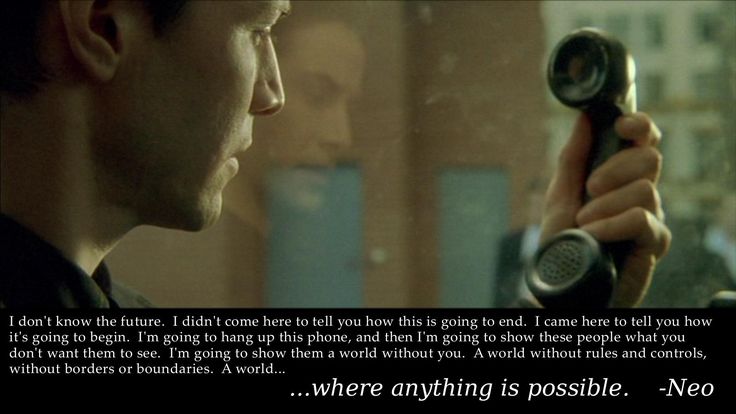 You still here? If you’d like a more recent movie reference. How about you check out the new Jumanji. Popped out to see it with my 8 year old last weekend. Just think gamer version of the Breakfast Club for the new generation, plus a bit of Jungle Book.

As far as I’m concerned, it was all about facing FEAR…

Ps. I preferred the original Jumanji and so did Miss 8, but new one not bad.