“In today’s global village, where geography counts for so little, countries become like factories, competing for the same broad group of consumers. Naturally, each factory becomes associated with certain strengths and attributes: in the same way that consumers would probably not buy Toshiba shampoo or Mercedes soup, they are unlikely to rush out and buy Dutch perfume or a Brazilian CD player.” – Anholt, 1998

Simon Anholt first connected brands and their country of origin – or “provenance” – after observing that strong brands were often born in countries that had a distinct identity in their own right. In his 1998 article, “Nation Brands of the twenty-first century”, Anholt asserts that a specific set of conditions are required be able to create world-class brands.

Once upon a time, local products and craftsmanship from a particular country or region gained reputation which enabled brands within that category to benefit. Anholt’s example is pizza and pasta synonymity with Italy. Even today, supermarket shelves are stocked with jarred sauces with nothing connecting to them to their Italian roots except for their name. 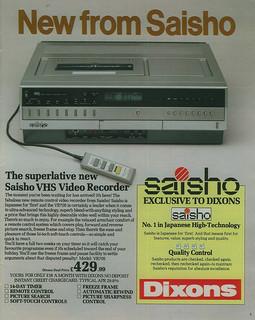 Today, global brands have been able to leverage national perceptions through personality attributes even if they have no connection to their adopted heritage whatsoever. Anholt references the 1982 consumer electronics subsidiary of Dixon’s, a UK white goods company, which was named Saisho. The name was specifically chosen for its resemblance to a Japanese word, based on the idea that a Japanese electronics manufacturer would be more respected than one of British origin.

As with a commercial brand, clarity of meaning is the foundation for brand strength. When it comes to nations, Anholt identifies several which have been able to turn their global perceptions into a brand platform, such as Britain for tradition, the Swiss for wealth and order and the French for romance and glamour. These attributes are stereotypical and are a blunt instrument to define a national identity, but the ability to capitalise for brands and nations to own a corner of the market is reliant on a singular identity.

It’s worth noting that these perceptions are not always driven by a nation themselves, but the perceptions of others throughout the world. Some countries have been able to define and export their own identity, most prominently the United States through cultural products such as TV and movies. The US is one of the few countries that has been able to demonstrate cultivating a multi-faceted personality: youthful to innovative, to powerful, to educated.

As put by Anholt:

“Brand America enjoys the services of the world’s best advertising agency – Hollywood – which for nearly a century has been pumping out two-and-a-half-hour cinema commercials, which consumes around the world have enthusiastically paid to watch.”

For success, the brand and product must also naturally align with the national identity. This could be direct as in the Saisho example, or indirectly, as Anholt illustrates through automobiles:

“Consumers around the world continue to expect engineering excellence from German cars, safety and ecology from Swedish cars, chic design from French cars, wood and leather from British cars, economy and efficiency from Japanese cars”

Anholt further explains that regardless of the country of origin for a car, there is a global trend of naming cars with Italian-sounding names (Audi Quattro, Porsche Carrera) to conjure an image of style and prestige.

A case of mistaken identity

A wealth of modern brands have been able to mis-appropriate cultural expectation to their benefit. Grey Goose is an iconic example. American businessman, Sidney Frank, identifies a market opportunity to develop a premium vodka. To justify the higher price point, Frank manufactures a high-end product experience (modern glass bottles, shipped in wooden crates like a fine wine) and seeks a product with a marketable heritage. Knowing the French reputation for culinary quality, unparalleled champagne and overall glamour, Frank approached a cognac distiller to create the recipe. So, while it’s true Grey Goose is produced in France, the brand’s history is just American entrepreneurship.

Most importantly, Anholt observes economic benefit of growing and exporting nation-aligned brands: “One of the great advantages of brands over commodities is that they are an infinitely sustainable resource (as long as their equity is maintained through careful marketing), because they are made of air.” Although Anholt refers specifically to low-income countries, any nation’s GDP can benefit from revenue from around the world and a global platform on which to promote itself.

With largely positive perceptions worldwide, there is great opportunity for Australian brands to leverage the national brand to go global and raise the profile of Australia to new heights.

Nation-brands of the twenty-first century by Simon Anholt

How to sell a country: the booming business of nation branding from The Guardian

Are All Vodkas The Same? from The Sporkful Brands can be memorable or frictionless, but not both